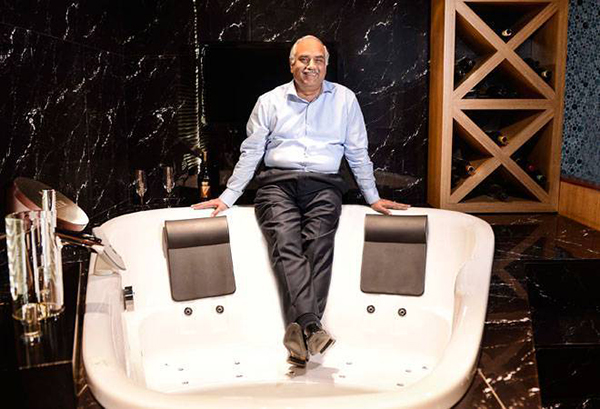 Jaquar Group, known more as a bathroom solutions brand, is investing Rs 150 crore in a new lighting manufacturing facility. The factory would be 'composite' - that implies many of lighting components would be produced in-house. The company already manufacturers its own LED drivers.

Director and Promoter of Jaquar, Rajesh Mehra, told Business Today that ever since the company started manufacturing its own drivers, the failure rate of its lights fell to being negligible. Jaquar's capacity to make LED drivers is about 1.2 million a month. It currently produces around 750,000.

The company first invested into lighting 15 years back when it identified a vacuum in good quality lighting. Since then, it has focussed on designer lighting such as chandeliers. The company also manufacturers bulbs and tube lights - it has automated bulbs assembly at its factory in Manesar.

Mehra said the company found a synergy between its bath ware business and lighting. "There are two lifelines - water and electricity. The end consumers remain the same," he said. The group, meanwhile, expects to end 2017/18 with revenues of Rs 3,200 crore. It employs over 8,500 people and runs six manufacturing facilities, including one in South Korea.

Mehra said the company could touch a billion dollars in revenues over the next four years if its exports plan click. Jaquar has worked aggressively on design recently and hopes to open up the markets in Europe, Asia, and Africa soon. "We have a sales team of over 70 people abroad. Over the next four years, we are targeting $100 million in export turnover," he said.