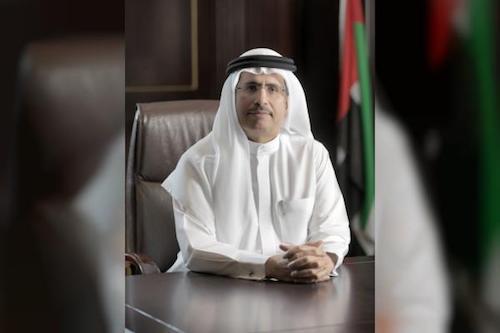 (MENAFN - Emirates News Agency (WAM)) By Saeed Mohammed Al Tayer, Vice Chairman of the Dubai Supreme Council of Energy and MD & CEO of DEWA DUBAI, 20th September 2019 (WAM) - There has been a global boom in the manufacture and usage of photovoltaic (PV) solar panels in recent times. Very soon, we will use PV in additional areas including in the infrastructure we use every day, as well as in our home and office windows, to convert solar energy into electricity. Our buildings will soon become self-sufficient to produce clean energy while preserving the environment.

Research and development centres are racing to find sustainable solutions to improve the efficiency of these panels and prolong their life by storing solar energy in batteries, using solar panel-cleaning robots and sun-tracking systems to maximise the productivity of PV.

This past decade has truly been the era of PV, with people and businesses around the world producing and manufacturing more panels, as we regularly witness and learn about new inventions and innovations that these companies are offering to the end-users. Manufacturing and application of PV is also creating many new jobs.

There are several government entities and companies that have proven their leadership in this field regionally and globally, and we are proud to be the first to adopt the usage of clean energy technologies in the UAE.

The Mohammed bin Rashid Al Maktoum Solar Park is the world's largest single-site project to generate renewable energy. It will have a capacity of 5,000 megawatts (MW) by 2030 with investments of AED 50 billion. It is based on the independent power producer (IPP) model. This model contributed to world record prices for solar energy projects. According to a study published by Japan's Nikkei Asian Review, the UAE's interest in renewable energy production has contributed to its global cost reduction. Through its projects, the solar park will accelerate the shift towards adopting and using solar energy.

At DEWA, we are committed to completing the phases of the solar park according to the highest international standards and using the latest solar power technologies. This supports the vision of HH Sheikh Mohammed bin Rashid Al Maktoum, Vice President and Prime Minister of the UAE and Ruler of Dubai, to enhance the shift towards a green economy by increasing our reliance on clean and renewable energy sources.

The 950MW fourth phase will use a combination of: 600MW CSP from a parabolic basin complex, 100MW CSP from a solar tower, and 250MW from PV panels. The project will feature the tallest solar tower in the world, 260 metres tall, and the largest thermal storage capacity of 15 hours; generating power around the clock.

With the support of the Dubai Supreme Council of Energy, Dubai Municipality, Dubai Police, and the Mohammed Bin Rashid Housing Establishment, DEWA is responsible for implementing the seventh article of the 50-Year Charter launched by His Highness Sheikh Mohammed bin Rashid Al Maktoum, Vice President, Prime Minister and Ruler of Dubai.

We are developing an integrated programme to build a comprehensive system that allows at least a tenth of our citizens' homes to be self-sufficient in terms of water, food, and energy. The achievement of this goal will help change lifestyles and contribute to the preservation of our environment. We aim to create a new economic sector that supports energy, water, and food self-sufficiency.

This pioneering project to install solar panels in citizens' homes, will contribute to enhancing their happiness, and will be implemented under the Shams Dubai initiative. DEWA launched Shams Dubai to support the Smart Dubai initiative to make Dubai the smartest and happiest city in the world. Shams Dubai encourages building owners to install photovoltaic solar panels to produce clean energy and connect them to DEWA's grid. Shams Dubai has been successful, with 1,328 buildings connected to the grid by 31 July 2019 with a total capacity of 102.1MW.

To achieve the objectives of the ambitious and integrated Dubai Clean Energy Strategy that aims to provide 75% of Dubai's total power output from clean energy by 2050, we need to continue working to reach a production capacity of over 42,000MW of clean and renewable energy. Our continuous efforts will transform Dubai into a global hub for clean energy and green economy, with the lowest carbon footprint in the world; and establish sustainability as a roadmap for a brighter and happier future for Dubai.